Because the County-Maps made by Saxton and Norden are the Originals whence Mr Cambden and Mr Speed Copied their Maps, and, being designed upon Surveys made above an hundred years since, and, the Variation of the Compass then not well known or observed, most of the Bearings therein are about 11 Degrees, and sometimes more or less different from the true Bearing.

The Space of One hundred years, and the late Civil War hath much altered the face of the Kingdom; many Castles and Ancient Seats have been demolished, and several considerable Houses since erected, Market Towns disused, and others new made. 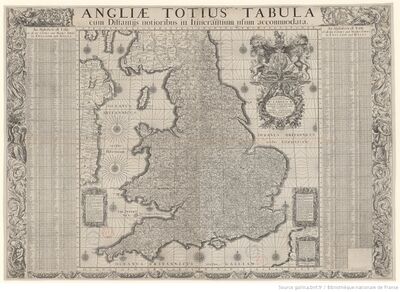 Index villaris, or, An alphabetical table of all cities, market-towns, parishes, villages, private seats in England and Wales was first published by John Adams in 1680. 'The index was compiled from such sources as hearth tax returns, navigational works, and works to aid land travellers, notably those of John Ogilby. It was designed to be used in conjunction with his earlier map (inset) and refers some 24,000 places to a graticule using geographical co-ordinates'[1].

Humphrey Southall has pointed to the potential of using this contemporary list of settlements as a 'spine gazetteer', for use in Recogito for our geotagging projects.

The source of the "Valuation in the King's Book" recorded by Adams is the Valor Ecclesiasticus (1535), and it might be compared with the later valuations (temp. Philip & Mary) and 1710 which are noted here. However, Trixie Gadd's doctoral thesis[2] includes relevant discussion of the valuation of benefices and of their reassessment in the 1650 Survey of Ecclesiastical Livings. In her view, there is nothing useful to be drawn from these valuations for our purposes. 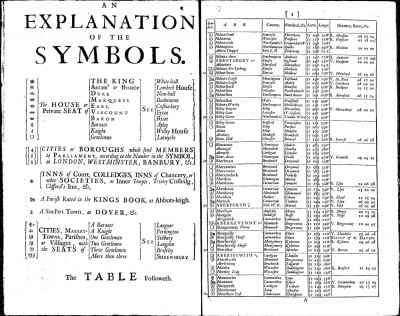 It is unclear how Adams arrived at his classification of 'Gentleman'. Selden's work, Titles of Honour, was first published in 1614 but a third edition was published in 1672, suggesting that perhaps his classifications were widely accepted. Here he discusses Esquires as a superior subset of Gentlemen, with the right to bear arms not a necessary condition for that title:

' Nor indeed is an Esquire in Reputation now other then a Gentleman of the better Rank, hauing his honor either from some particular of descent or Function, or created into it by the King, as into the first step of eminencie before common Gentrie. Nei∣ther rests there any communitie now with the name and the Dignitie: as the word imports. Neither can I beleeue that the interpretation of Armiger by the bearing of Armes, in that sence as to bear armes in Bla∣zon is vsd, is to be admitted '.[4]

Heraldic Visitations, then, concerned with such right are probably not a useful source for assessing change in the distribution and number of gentry over the century previous to 1680. Nevertheless, the number or absence of gentry in a locality as recorded by Adams may be a good indicator of local prosperity, particularly when aggregated across multiple parishes and regions, and there may be some useful checks to be made against Hearth Tax records. Colin Greenstreet analysed Prerogative Court of Canterbury wills 1540-1599, 1600-1659, and 1660-1719, looking at towns with high and low ratios of gentry to yeomen: links to his mapped results can be found here.

It would be interesting to examine how gentrification correlates with transport development. 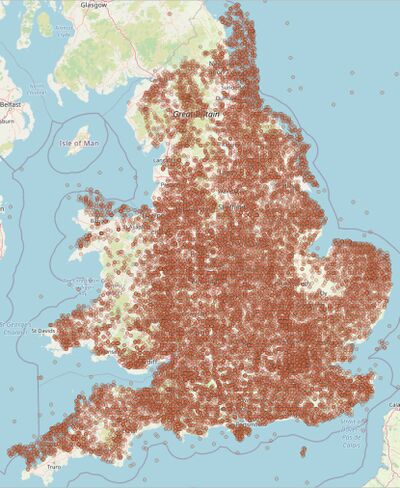 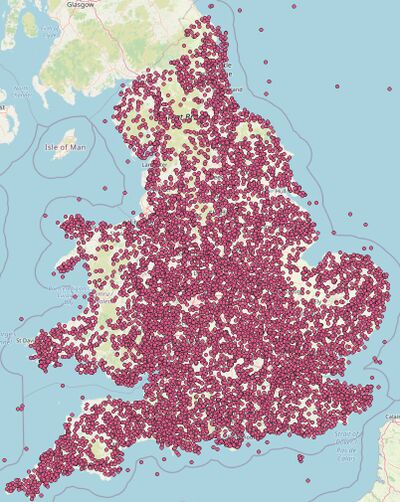 The Index Villaris comprises 400 pages (plus an Appendix of rectories, nobility and their seats, and bishops), with 60 placenames on each page, amounting to 24,000 in total.

Although it has been said that the 1680 first edition was 'reprinted with elaborate additions in 1690 and 1700',[5] and that 'the second edition, published in London in 1690, is the more useful,'[6] in fact the only discernible additions are updates to the lists of nobility and bishops in the Appendix. The failure to correct between editions the page-numbering error (numbers 265-268 are omitted) and the omission of some coordinates, suggests that no other changes were made to the typesetting.

Our aim is to produce and publish a digital version of the 1680 edition as a freely-downloadable dataset, together with an online map linked both to IIIF images and to OpenStreetMap, Wikidata, and other gazetteers.

The following process is well under way:

We would also like to investigate the idea of generating a point dataset of road junctions from modern vector sources, and filtering out those not evident on the Ordnance Survey 1st Series maps. These points might then be assigned scores based on their proximity to ancient churches and listed buildings, boosted if they lie on least cost paths between nearby settlements. This dataset might then be used to provide authoritative reference points both for our Index Villaris gazetteer and later for EMEW.

We would need first to extract road vectors from the Ordnance Survey maps, perhaps using OpenCV's Canny edge detection and contour finding algorithms. Some correction of the BL georeferencing will also be necessary. 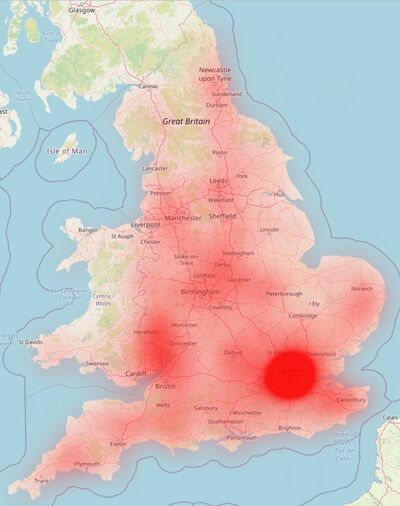 Heatmap showing the distribution of gentry and aristocracy around England and Wales in 1680.