We kick off this coming Tuesday with a talk by Dr Cathryn Enis, Honorary Research Fellow at the University of Birmingham. She will be speaking about the London to Holyhead Road ('The Great Portway') and a dispute over its maintenance, a dispute which had its roots in political rivalry in Elizabethan Warwickshire.

Our talks will take place on ZOOM. To register for a specific talk, please email us and we will send you ZOOM details.

This presentation starts by unpicking some of the details from documents connected to the dispute between Edward Arden of Park Hall and his neighbour to the east, Ralph Rugeley. In the 1570s, the two men undertook sustained litigation in a conflict that became centred on the route of ‘The Great Portway’, aka the London to Holyhead Road which marked the boundary between their estates.

It looks at the documents from several angles, from the specific details given about road usage, construction and maintenance to the significance of roads as repositories of local knowledge and history. It identifies the strategic importance of Curdworth Bridge as it crossed the River Tame, reminding us that roads and bridges need to be considered in tandem. In the case between Arden and Rugeley one of the most important roads in early modern England became central to a dispute that had its roots in political rivalry in Elizabethan Warwickshire. In this case, people in the county were forced to filter what they knew of their locality through the prism of politics.

It moves beyond the cases between Arden and Rugeley to discuss legal documents as a source for reconstructing the pre-modern road network in England. It asks why historians might consider doing such a thing, where we seem to be with what we know and the difficulties that face those trying to learn more. It ends by highlighting the richness that roads and their history bring to what we know about regions and their identity.

TITLE: Depiction of the parish of Halifax in Christopher Saxton's county map of Yorkshire (1577)

Christopher Saxton’s Yorkshire (1577) was one of the series of county maps produced during the later sixteenth century. It depicts many settlements, from the city of York to the hamlets and farmsteads high in the Pennines. There is also a selection of the homes of the gentry, with a considerable number of parks. The landscape features such as hills, woodland and low-lying marshy areas illustrate the varied nature of this large county. The formidable ranges of hills with the valleys of the rivers and streams emphasise how difficult travel must have been, particularly on the higher ground. The river crossings were very important, although some known to exist are not shown on the map.

This talk will look at these features in the ancient parish of Halifax, in the West Riding. It was one of the largest parishes in England. It stretched from the heights of the Pennines along the county boundary with Lancashire to the rolling countryside south of Bradford. Today the southern boundary of the area is the M62, but before it was built the road system was largely based on the C18 and C19 turnpikes. But before that? It was also notable as being an area in which the ‘domestic’ textile industry flourished – so much so that an Act exempting the people of the parish from the restrictions placed on wool-dealers became known as the ‘Halifax’ Act.

This short presentation will consider the depiction of the area by Saxton in the light of what has been written on the social and economic development of the area. Can studying these maps and other related sources add to our understanding of the various influences?

David Cant is a volunteer with the Viae Regiae project. His interests include the social and economic development of his adopted home near Halifax, through both documents and the physical and man-made landscape. He has a particular interest in traditional buildings – and loves maps!

TITLE: 'Being sick of the plauge in the saide Inne:' Wills of Innkeepers, Hostlers and Ostlers in England, 1528-1649

The Viae Regiae Probate Team has in the first cycle of the project been transcribing the last wills and testaments of sixteenth and seventeenth century people who worked in occupations serving transport infrastructure. These documents offer excellent snapshots into the lives of the middling and lower sorts, providing insight into material culture, property ownership as well as social and economic networks, showing the importance of innkeepers within their local economies, and beyond.

The team have transcribed wills of innkeepers, hostlers and ostlers from 1528–1649 proved in the Prerogative Court of Canterbury, from Suffolk to Devon, Surrey to Lancashire. We have been able to gain some insights into the human infrastructure of the transport network. This includes mention of individual inns such as Stephen Pitway who left his house ‘knowne by the name of the Redd lyon in Bengeworth’. There are links to other people working in transport such as John Humberstone of Ware who mentioned the famous ‘Thomas Hobsone of Cambridge’.

Throughout the wills of innkeepers there are references to other types of landholding, often substantial, suggesting their significant wealth. Credit was ubiquitous in early modern England, but these innkeepers seemed to be particularly deeply involved, such as in a long list of debts by Richard Lea, innkeeper of Evesham. With these wills is a sense of the material culture of the transport trades, especially of beds and bedding within wills such as featherbeds, flockebeds, flockebolsters, bedsteades and pillowe beeres. We also have evidence of the other trades innkeepers could be involved in. John Kynge of Wells left his ‘furnace’ and the implements thereof. This paper will emphasize the economic diversity of innkeepers’ actual activities, and offer some suggestions for ways this work could be developed to further illuminate the early modern transport network.

'Being sick of the plauge in the saide Inne:' Wills of Innkeepers, Hostlers and Ostlers in England, 1528-1649 (Viae Regiae probate team, speaker Joe Saunders)

TITLE: Introduction to the Pathways to History Project: Norfolk 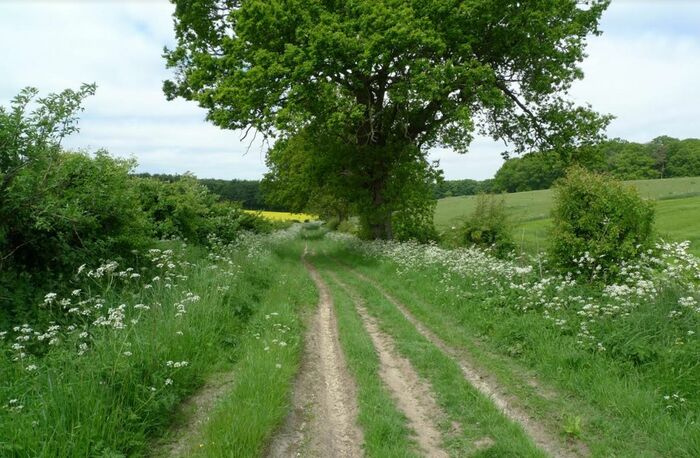 This paper will introduce the research undertaken at UEA as part of the Pathways to History project, investigating the history and archaeology of public rights of way in Norfolk in the long term. As part of this project we have been mapping and tracing the history of paths, tracks and roads in Norfolk in the early modern period and this paper will focus on the work we have done using 16th and 17th century estate maps to investigate routes.

Some parishes still retain their early modern paths, roads and tracks with a remarkable degree of stability, whilst in other places the road and path network has changed (and often contracted) dramatically. How and when did these changes take place? Is it possible to reconstruct the early modern route network using estate maps? And what can they tell us about the physical nature and status of footpaths in early modern Norfolk?