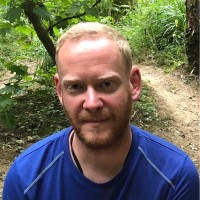 I am interested in local history and understanding my surroundings; often seen out walking or undertaking various outdoor activities. I am inquisitive and keen to learn but lack any experience and knowledge of the technology being used or themes arising from this project. I'm generally the one at the back asking stupid questions!

I am a Director of the Long Distance Walkers Association, Treasurer/Director and South East Wales Biodiversity Records Centre. I am also a Trustee for Open Spaces Society and Trustee/Hon. Treasurer for the South and South West Wales Wildlife Trust. 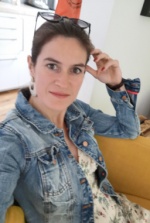 An historian by training I am interested in the restrictive and empowering elements of practices in social dynamics in historical settings. My focus here are diverse pre- and configurations of perceptive dimensions, i.e. emotions, and notions and concepts of temporality and spatiality.

Since 2018 I am coordinator of the Prize Papers Project. Working on this project and its archive, I developed an interest in the use of data in research, but also in the organisation and orchestration of the social, specifically in relations of power.

Dr Michael Bennett is a Society for Renaissance Studies Postdoctoral Fellow at the University of Sheffield. He is a historian who is broadly interested in early modern England's relationship with Caribbean slavery during the seventeenth century. His PhD, completed at Sheffield in 2020, provided the first systematic study of the London merchants who financed the development of sugar plantations and African slavery in Barbados during the 1640s and 1650s. Beyond his own research, Michael is currently also engaged in projects investigating the colonial past of Somerset House and Guy's and St. Thomas' Hospitals in Central London. He is excited by the methods used in the Viae Regiae project, and is keen to see whether they could be used in future to geotag seventeenth-century maps of Barbados and Jamaica. 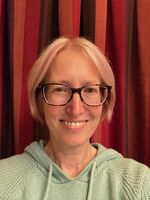 I like connecting all the things and digging around in old documents. I dropped history in school because the history teachers grew their own tobacco and smoked it in the office between the history classrooms. Blurgh. I've found my way back to it after two degrees in parasitology, a move to New Zealand, and a brief foray into digitisation of legal documents. These days I am thoroughly enjoying myself editing Wikipedia and Wikidata, especially in relation to women in science and New Zealand history, and connecting slaveholders and slave traders to places and things. When I am not wiki-ing you might find me teaching English dance (Playford era), or making historical costumes for stage productions. 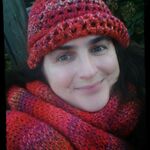 I am a second year PhD researcher at the University of Nottingham in the School of English, investigating the impact of language, history, and landscape on place-names on the Isle of Axholme in Lincolnshire - profile. Vermuyden's seventeenth century drainage works created major changes in transport networks in the Isle of Axholme in the middle of the time period under the scrutiny of this project. Motivated by collaborative working and the sharing of public history, I am looking forward to working with folk from a variety of disciplines and learning new skills. 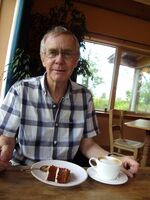 Recently volunteered to be part of the Viae Regiae project. I've found I get more out of working in a group and I love history. Also like gardening, singing and walking, but not necessarily at the same time. 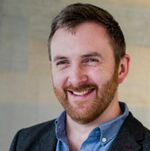 I studied history at Royal Holloway, University of London, where I completed my PhD in 2011. I subsequently held research positions at the Institute of Historical Research and at the University of Exeter. I held the Economic History Society Power Fellowship in 2011-12. I am currently reviews editor for the journal Urban History.

My research focuses upon the identities and networks of working people in England between the fifteenth and seventeenth centuries, spanning the traditional division between pre- and post-Reformation history. I make extensive use of digital history techniques, especially Geographic Information Systems and digital spatial analysis, and digital prosopography and Social Network Analysis, including the analysis of big data.

My PhD studied social relations and social networks within one neighbourhood of the City of London throughout the fifteenth century to highlight the overlapping and inseparable nature of local institutions such as parishes and guilds, and importance of informal social relationships such as neighbourliness. The thesis has formed the basis for a monograph,Neighbourhood, Commerce and Sociability in Late Medieval London, which places the story of the neighbourhood in a much wider context using a big data analysis of Londons late medieval occupational landscape, while also framing it around the life of the chronicler and haberdasher, Richard Arnold, to weave together the international, national, local and personal. I am also working to produce a new annotated edition of Arnolds unique chronicle and merchant manual, which was printed in 1502 and contains the first published English translation of Magna Carta, amongst innumerable other pieces of information useful for Londoners to know. 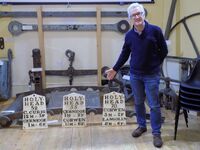 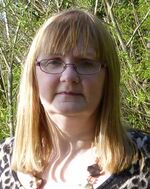 I've been working since 2010 with volunteers across Leicestershire to research and publish parish histories in the Victoria County History of Leicestershire series. As each history covers many topics (landscape, settlement, buildings, transport and communications, landownership, economic history, social history, schools, charities, religious history, local government, etc.) and a full chronology from the earliest settlement to the present day, this provides endless variety. It also sends me on fascinating explorations of e.g. medieval church decoration, the changing contents of mercers' shops in the 17th century, and political debates about public expenditure on water and sewerage in the 19th century. When I'm not pursuing local history interests, you might find me (when lockdown restrictions on indoor gatherings are lifted) in a church tower, with other bellringers. 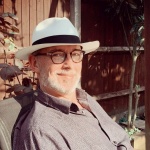 History was the first subject I dropped at school, because it was boring (Kings and Queens, blah blah blah) and they wouldn't let me drop P.E.. I then worked (briefly) for British Rail, took a degree in Engineering, and travelled the world for 30 years as an opera singer before gaining my PhD in 2019 for a study of Early Modern river navigation. This has got me very interested in transport history more generally, and in particular in the economic and infrastructural changes that derived (in part) from a reformation in property rights that began in the 1530s.

I'm excited by the potential of a collaborative network of local expertise for gathering data, on a national scale, that will reveal the interconnections of our past. 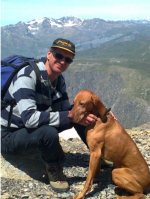 Colin and Bron, his vizsla dog

What excites me is working with small groups of people with diverse interests, getting to know them and what makes them tick. Together with Stephen Gadd, I am one of the two organisers of the Viae Regiae public history project. I am also Viae Regiae project training lead. Within our new project, I'm looking forward to making new friends and learning new skills 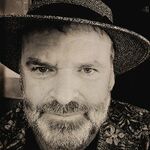 Enthusiastic amateur historian, working in theatre lighting. Fascinated by transport infrastructures; their construction, management and operation. Special interests include the planning and construction of Immingham docks, development of marketing in C20 railways, use of rail services by traveling theatrical companies and unrealised transport infrastructure projects. Also enjoys growing and cooking vegetables, photography and jazz! Excited to be involved in the VIAE REGIAE project.

Longstanding Wikidata contributor and fan of old maps. Member of the Wikidata-EMEW and the Saxton teams. Particularly excited by the VR collaborative process, the quality of the output VR is aiming to produce, chances to make wikidata content more systematic and robust through contact with VR; enrichment of VR's presentation of places by drawing additional content from wikidata; and the possibilities for running joint queries across both systems, with the results plotted on the VR CarterGraph. 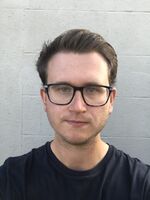 Joe is a historical researcher working mainly on society in early modern England. He works as a freelance researcher carrying out family and house history and is an Associate member of AGRA (the Association of Genealogists and Researchers in Archives). He is a PhD student at the University of York researching the communities and networks of the print trade in England c.1557-1666 using a range of material, especially wills. Joe is also an Outreach committee member for BALH (the British Association for Local History) where he co-hosts 'Local History Hour', a series of monthly talks. This project appeals to Joe for many reasons, including his interest in the history of trade, early modern social networks and passion for local history. 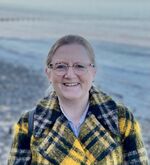 Jo teaches at the Institute of Continuing Education, Cambridge, and is editor of the Proceedings of the Suffolk Institute of Archaeology and History. Her own research focusses on medieval consumption and trade and her book on ‘The Origins of the Consumer Revolution in England: from brass pots to clocks’ (co-authored with Ken Sneath) was recently published by Routledge. She is currently co-authoring a volume for the Suffolk Records Society on the manorial records of Newmarket. 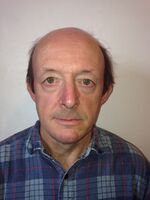 Murray is a Year 6 PhD researcher into highways administration 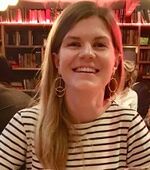 I am a second year PhD researcher in History at the University of York working on financial administration, space and architecture in the Palace of Westminster in the sixteenth and seventeenth centuries. I am particularly interested in the built environment of early modern Britain and the relationship between place and political/religious culture. My current research concentrates on Westminster but previous projects examined the aftermath of the dissolution of the monasteries in the South West and I am keen to develop my understanding of provincial and local histories through this exciting collaborative project.

I'm an archivist working freelance in the heritage and culture sectors. I am interested in the history of mapping, routes and placenames. This project is a great opportunity to increase my understanding of the possibilities of geotagging, digital map visualisations and mashing different datasets.